Gerontology Training: 5 Fascinating Facts on Aging in the 21st Century 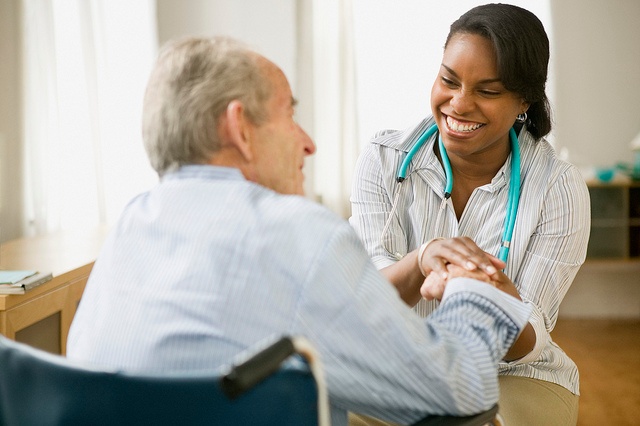 In a society that glorifies youth, many people would rather ignore the realities of aging. In fact, in many ways, aging is stigmatized and widely misunderstood. There are so many myths and misconceptions about what it means to get older (most of them negative!)

Why is this relevant? Because people are living longer than ever before. According to the World Health Organization, the number of people aged 60 years or over will rise from 900 million to 2 billion worldwide, by 2050.

That's an astonishing increase from 12% to 22% of the total global population.

If you work closely with seniors, or are planning a career in gerontology, you'll be supporting people who live well into their 80s and 90s.

The more we know about the aging process, the better prepared we are to promote good quality of life in those later years.

Here's a look at 5 fascinating facts (and a few busted myths) on the realities of aging in the 21st century.

1. Science proves age really is "nothing but a number"

Research has shown that our age does not necessarily predict our physical health and cognitive abilities. For example, some 80-year olds have the physical and mental capabilities of a person in their 20s.

By the same token, not all younger people are healthy and robust. There is no "typical senior" and we all experience aging in different ways, depending on a wide variety of factors and variables.

The old assumptions about what older people "can" or "should" do are feeling quite outdated in the 21st century.

In fact, scientists and health care providers are beginning to assess aging differently—in terms of biological rather than strictly chronological terms. When it comes to overall health and vitality, age really is "nothing but a number".

Martha McClintock, professor of psychology and comparative human development at the University of Chicago, describes it this way:

“We’re rethinking aging not as one set of railroad tracks that we all progress along, but appreciating that there are different pathways of aging...It’s more like deltas in a river. We get to the end of the journey on different pathways.”

There's this common idea that people get grumpier as they age. The aging process is so awful, we're destined to feel more depressed and disgruntled, the older we get.

It turns out that in many cases, this simply isn't true. A few years ago, the Huffington Post reported on 2 studies (including a large Gallup Poll) that showed happiness levels actually rise between 65-80.

According to the research, we tend to be happiest in youth—and then again in our 70s and 80s. Apparently, middle age is the real rough spot, and the period in which we're least content.

What accounts for this unexpected boost in happiness among so many seniors? Some experts believe it's because seniors have a wealth of social and emotional skills they can draw on, to better navigate life's ups and downs.

“It’s a very encouraging fact that we can expect to be happier in our early 80s than we were in our 20s. And it’s not being driven predominantly by things that happen in life. It’s something very deep and quite human that seems to be driving this.”

3. Genetics is not the key factor in healthy aging

Many people believe that genetics plays a predominant role in how long they live, and what kinds of health challenges they face over time. In other words, their state of health as an elderly person is strongly related to the genetic code they inherited.

And while genetics does indeed play a role in health, it's nowhere near as powerful as many of us think. The World Health Organization emphasizes that physical and social environments—and money— are far more potent influencers on health as we age:

"Although some of the variations in older people's health reflect their genetic inheritance, most is due to their physical and social environments, and the influence of these environments on their opportunities and health behavior."

So, when it comes to maintaining good health while aging, things like emotional support, access to community health care services, and positive living environments can be hugely impactful.

It's less about the genes you're born with—and more about how you live—that determine health over the long term.

These are important takeaways for professionals who work closely with seniors to provide daily care and support. The work you do can have a major impact on happiness, longevity, and overall quality of life.

4. Ageism is on the rise

People are living longer, which means many seniors are looking to continue to work and be active in their communities, well into their 70s (and beyond).

But because of misconceptions around aging, and ageist beliefs, not all communities and organizations are welcoming this trend.

Older employees are often laid off and "packaged out" in favour of younger replacements, who management believes can do the job better or cheaper. (See a Global News report on this growing problem in Canada)

People who want to work beyond the traditional retirement age of 65 are often ruled out of consideration, simply because of their age.

This puts many seniors in a precarious financial situation. They are unable to find employment, and not yet prepared for retirement. They're also at risk for social isolation.

Gerontology training stresses the importance of social inclusion for seniors—of how important it is to feel useful and connected to a community as we age.

But the widespread rise of prejudice toward the elderly can be a powerful barrier to achieving that goal. Professionals who work with seniors can play a key role in pushing for more respect, appreciation, and inclusion of elderly people.

Populations of seniors are rising worldwide, but we're not keeping up with doctors, nurses, and health care providers trained in gerontology.

There are serious shortages of geriatrics specialists in Canada and the US. The University of Waterloo has sounded the alarm that we simply don't have enough doctors choosing to work in geriatrics—calling the problem "a perfect storm."

Meanwhile, the latest Government of Canada Job Bank report shows growing demand for gerontology nurses and predicts labour shortages over the coming 10 years. It's a similar story for roles like long-term care aides, which are also seeing strong demand across the country.

Bottom line? We need more health care providers who have undergone gerontology training, and understand the unique challenges of caring for seniors. We are nowhere near prepared to meet this need.

If you currently work with seniors, or are planning a career in geriatrics, we welcome you to explore the Gerontology for Professionals Certificate offered at Kompass.

This certificate is appropriate for people working in social services, health care, law enforcement, education—and any field where learning more about aging can help you do your job better.

This is an online gerontology course that examines:

Complete the training in 3 months, or extend up to 6 months (depending on your pace and preference).

Click below to see a detailed description of learning goals, meet the instructor, and find out if this Gerontology Certificate could benefit you.