5 Mistakes New Graphic Designers Often Make (& How to Avoid Them) 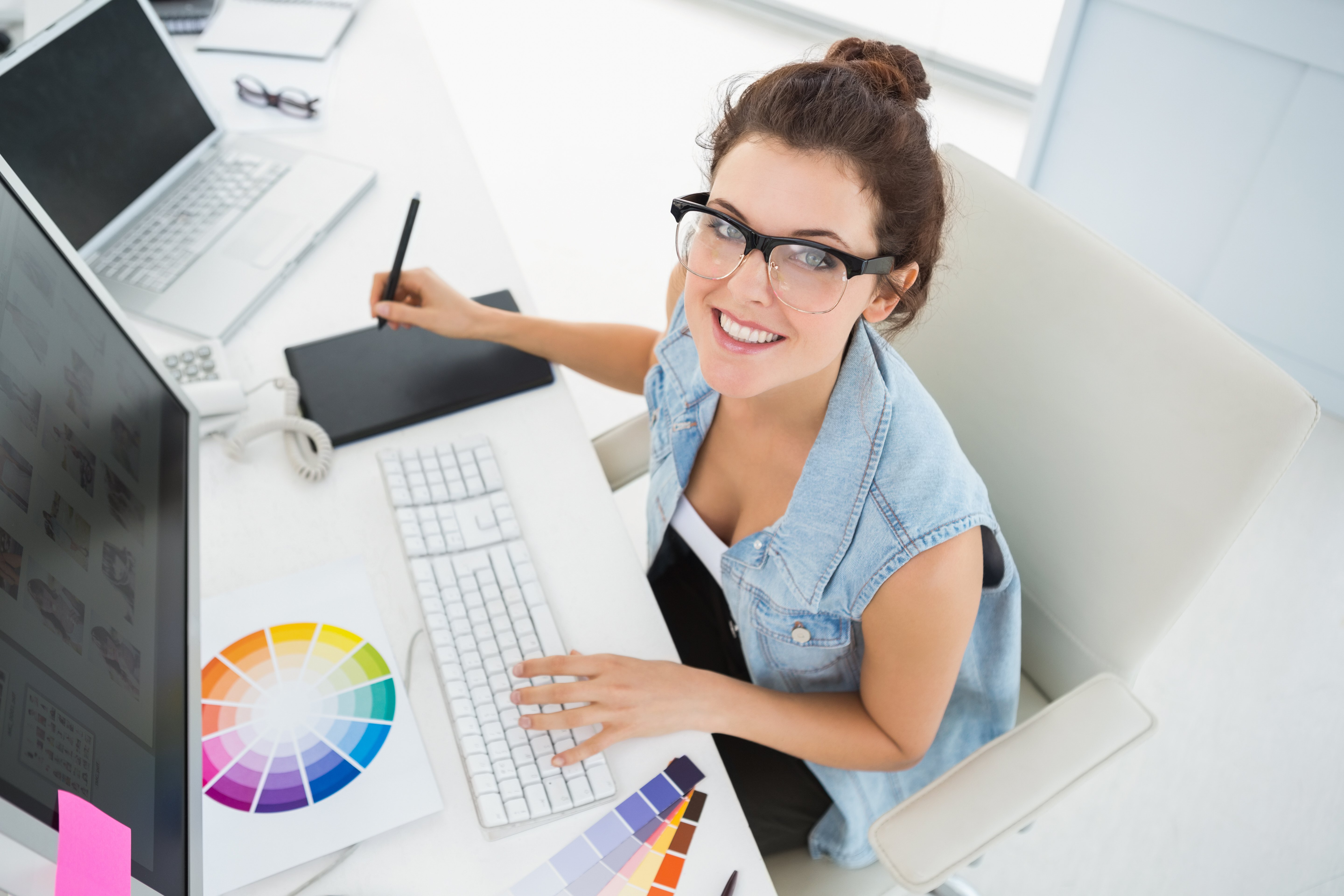 Getting ready to offer your graphic design skills to the world?

Before you begin applying for jobs or going after clients, it’s good to be aware of common missteps that can derail your efforts and damage your credibility.

After all, everyone makes mistakes—especially when they’re just starting out.

But knowing about the pitfalls you might encounter can help you navigate the field and get your design career off to a smoother start.

In this post, we outline five common blunders new graphic designers make and provide advice on how you can avoid them.

END_OF_DOCUMENT_TOKEN_TO_BE_REPLACED 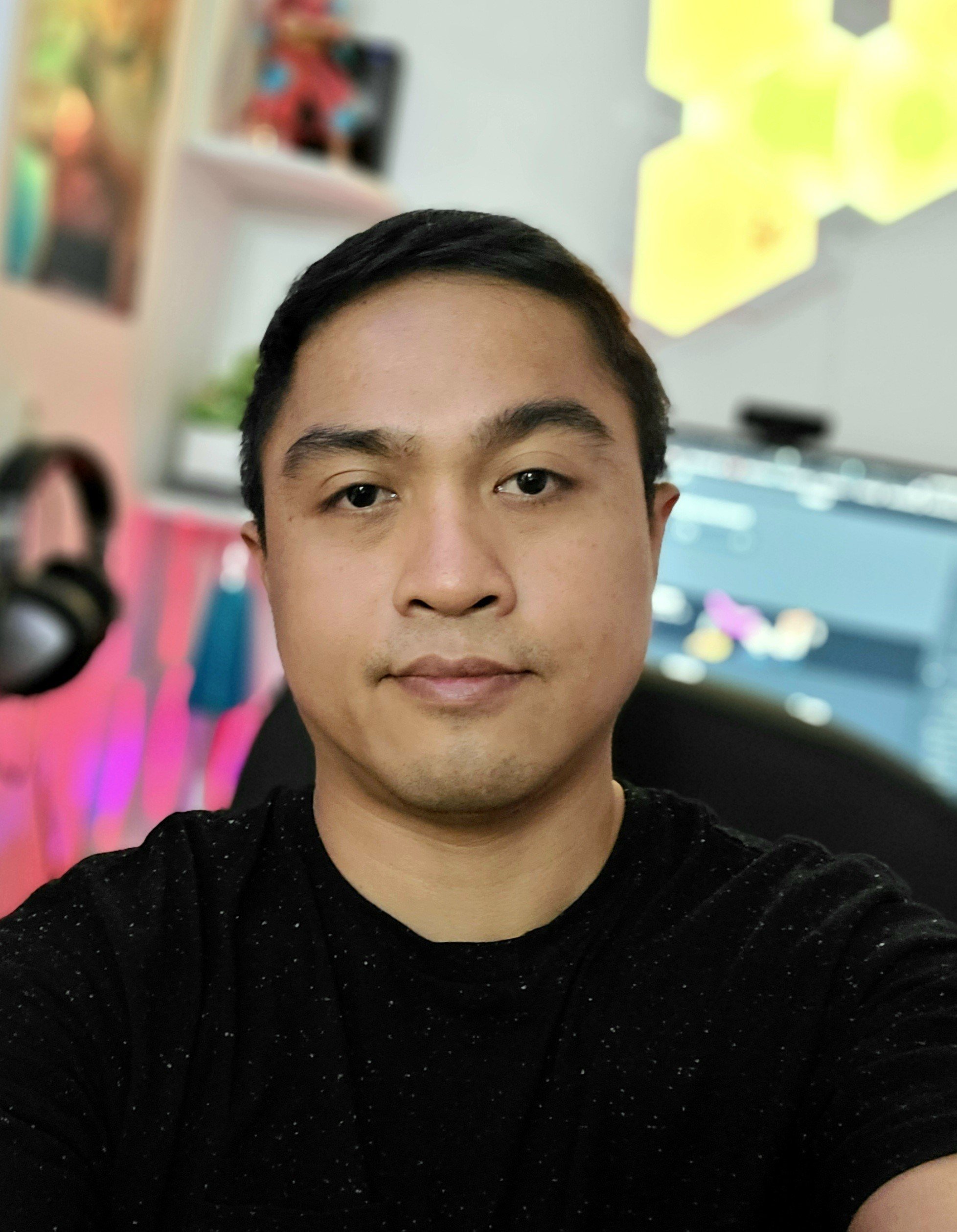 Raymond Nestor had worked in IT for a couple of years before coming to Canada as a live-in caregiver.

Before long, he decided he wanted to do something different with his life. He had always enjoyed sketching and design, so he started looking into graphic design courses.

He wanted quality training that was flexible enough to fit around his work commitments. He enroled in the graphic design certificate at Herzing College and never looked back.

Shortly after graduating, he landed a job as an artist at The Sandbox, a gaming ecosystem that allows users to create and monetize virtual worlds and experiences.

We caught up with Raymond to learn about his experience in Herzing’s program and how it changed the course of his career.

END_OF_DOCUMENT_TOKEN_TO_BE_REPLACED 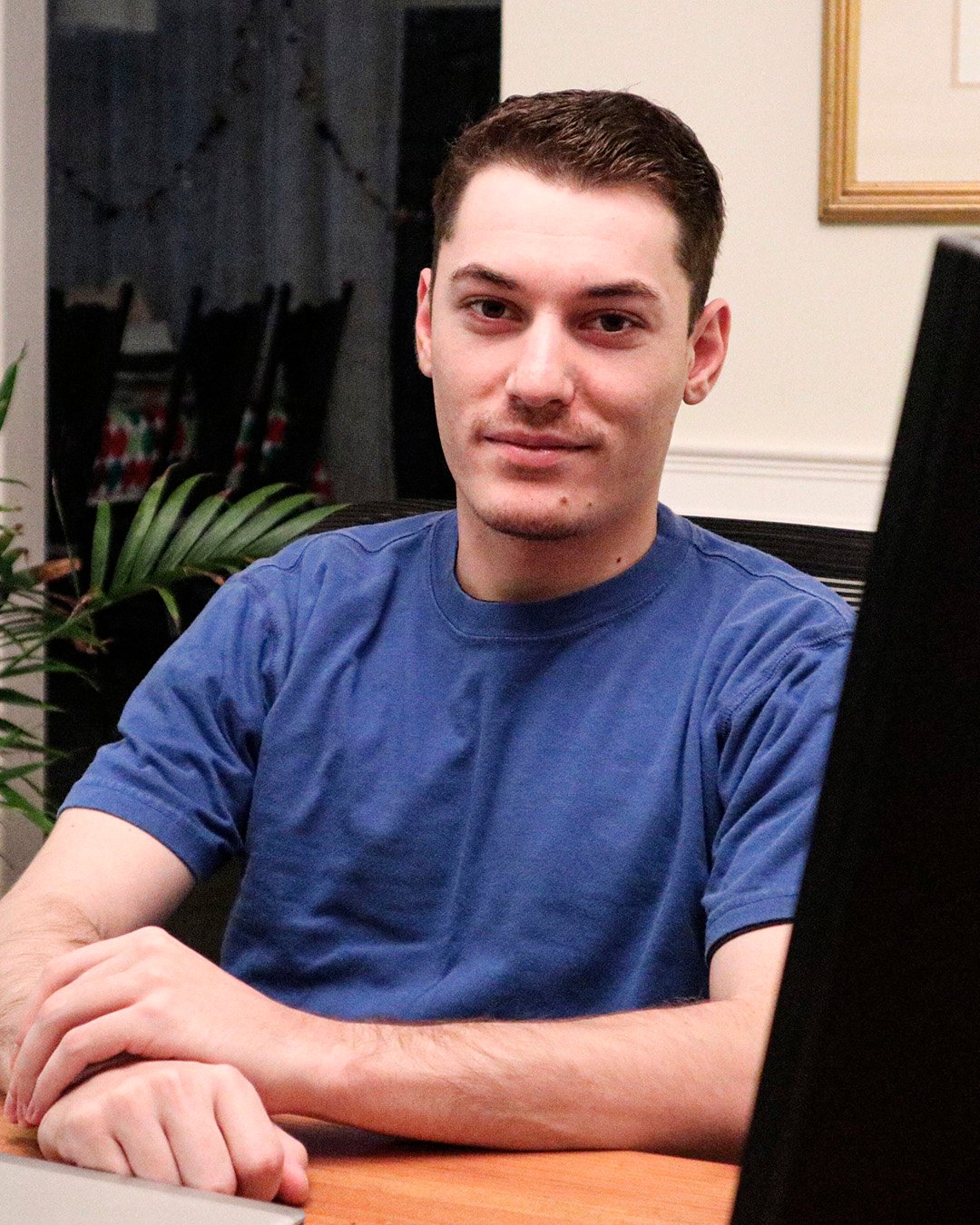 Did you know that graphic designers can build successful careers designing hockey equipment like pads and helmets?

No? You're not alone. Neither did Vince Arnone or his parents. In fact, Vince never even considered studying graphic design.

He started out in a sporting goods business program, on track to become a sales rep, when he realized he wanted something different.

For years, Vince had been playing around with hockey pad designs, even selling a few ideas as a freelancer. But he never believed it could turn into a lucrative full-time career.

Instead, he focused on side projects and taught himself some basic Adobe design skills. It wasn't until he tried landing a real graphic design job that Vince realized he needed more training.

He enrolled in the Graphic Design program at Herzing College Toronto, learned the software, honed his craft, and kept right on making those hockey pad designs.

Two short years later, Vince has been recruited as a Content Creator for TSN, and NHL stars across North America are wearing his custom designs.

Turns out becoming a hockey equipment designer isn't such a crazy idea after all.

END_OF_DOCUMENT_TOKEN_TO_BE_REPLACED 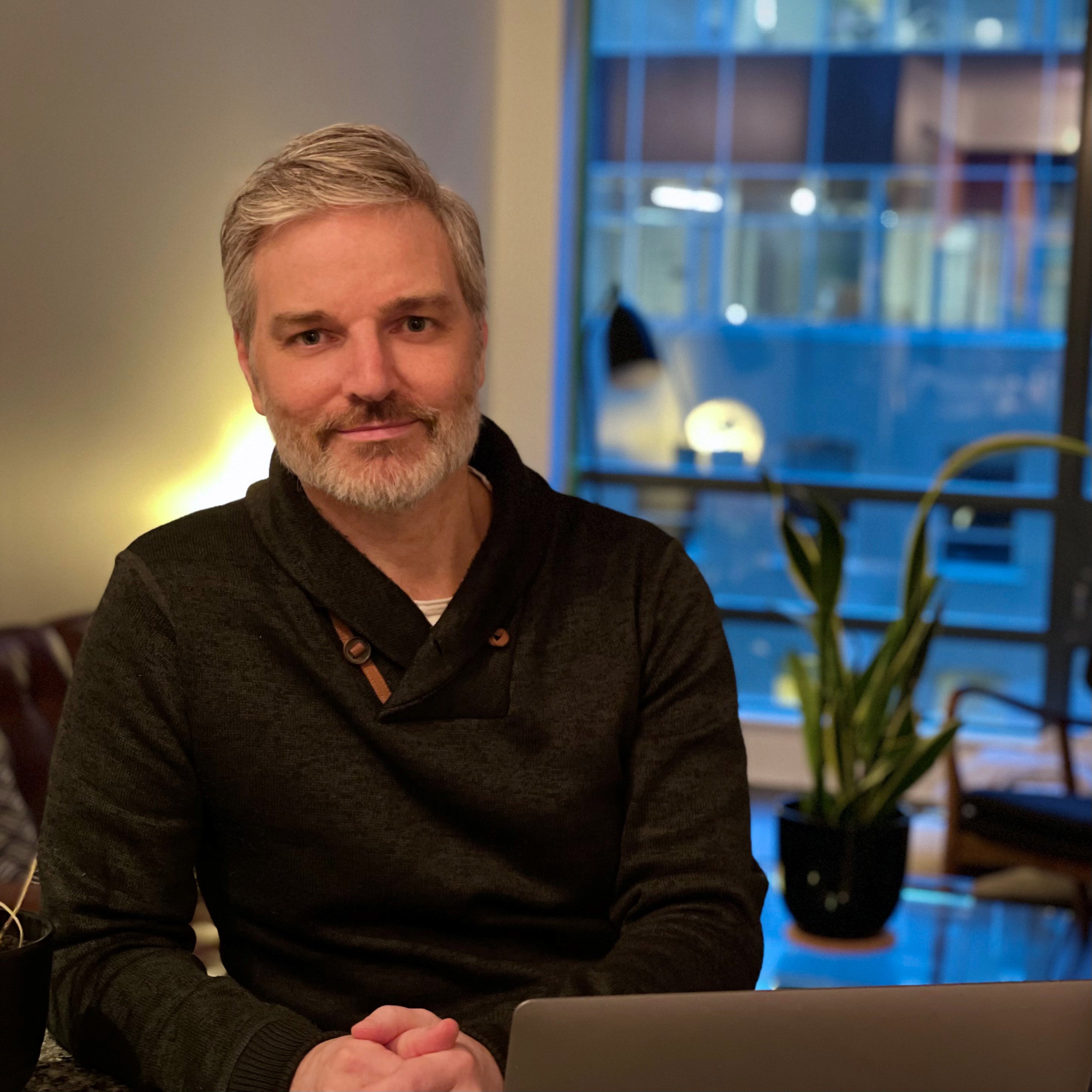 Like so many people, Den DeBlois tried out a few different career paths before settling on graphic design. He worked in security, toured with a band, and dabbled in design software for years, before officially earning his diploma.

But once Den enrolled in Herzing's Graphic Design program, his career came into focus very quickly.

He was offered not one, but two graphic design jobs, just one month after graduation. Two years later, he's the Senior Graphics Coordinator at a global company with offices in Montreal, Toronto, and Vancouver.

END_OF_DOCUMENT_TOKEN_TO_BE_REPLACED

Miguel Suarez began teaching Herzing's Graphic Design program in 2017. But his passion for art and design began much earlier, when he was a teenager growing up in the Philippines.

END_OF_DOCUMENT_TOKEN_TO_BE_REPLACED

10 Myths About Working in Graphic Design: What's it Really Like? 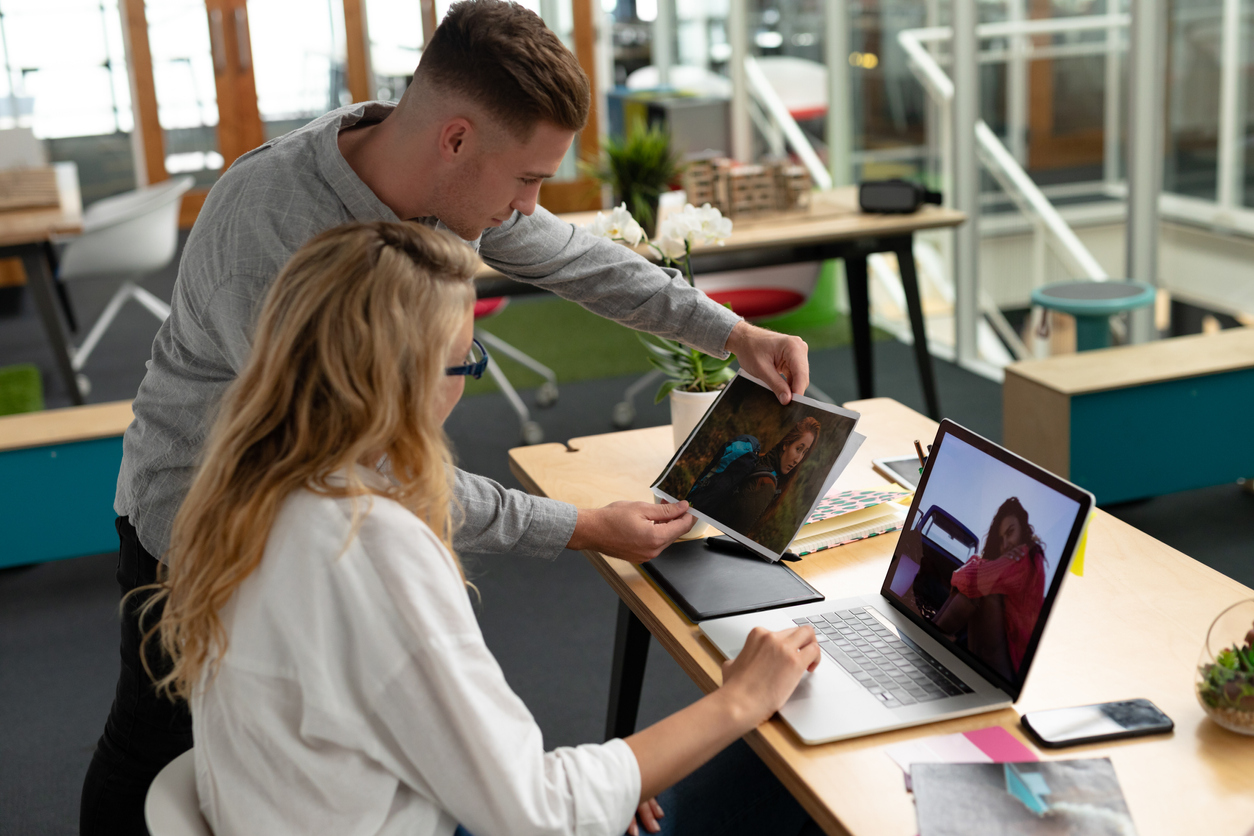 Graphic design is probably one of the most misunderstood fields out there. Every year, we meet with students who are interested in applying to this program—but only a few truly understand what a graphic designer does, or what it's really like to work in this field.

For one thing, there are a lot more job options than most people realize. And the skillset for graphic designers is quite a bit more complex and technical than you might think.

END_OF_DOCUMENT_TOKEN_TO_BE_REPLACED

How Do You Become a Graphic Designer? The First 5 Steps 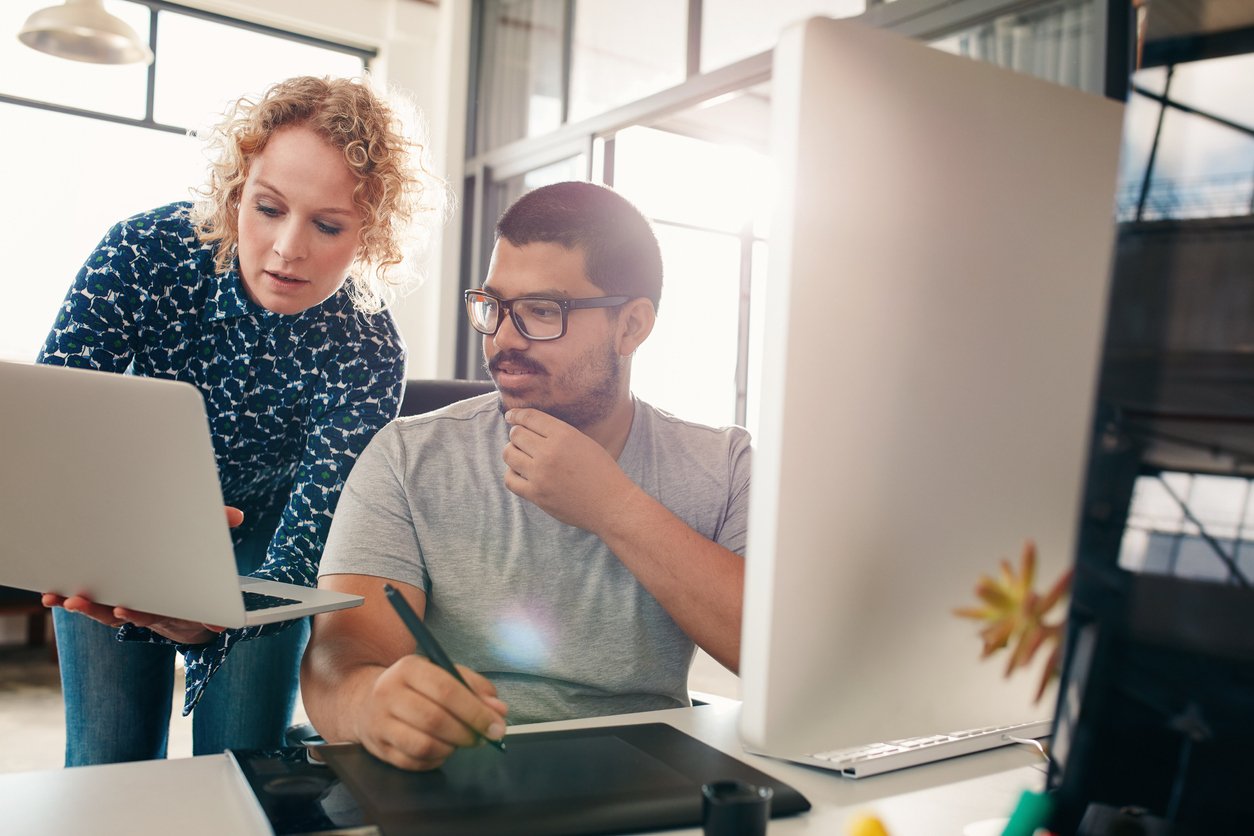 Do you need a university degree to be taken seriously as a graphic designer? Can you avoid school altogether and just teach yourself the basics?

What about free graphic design courses you can find online—isn’t that the best option for an up-and-comer who doesn’t want college debt?

Graphic design is one of those fields where there’s no clear rules on how to start a career. Some professions—like doctor or lawyer or licensed teacher—have very clear pathways for training. You must go to university. You must get certified. It’s not negotiable.

Becoming a graphic designer is a little different. There’s endless debate between self-taught and schooled designers, and whether formal training is really “worth it”.

But the truth is, with the growing complexity of design software and digital technology, many designers need formal training to stay ahead of the curve.