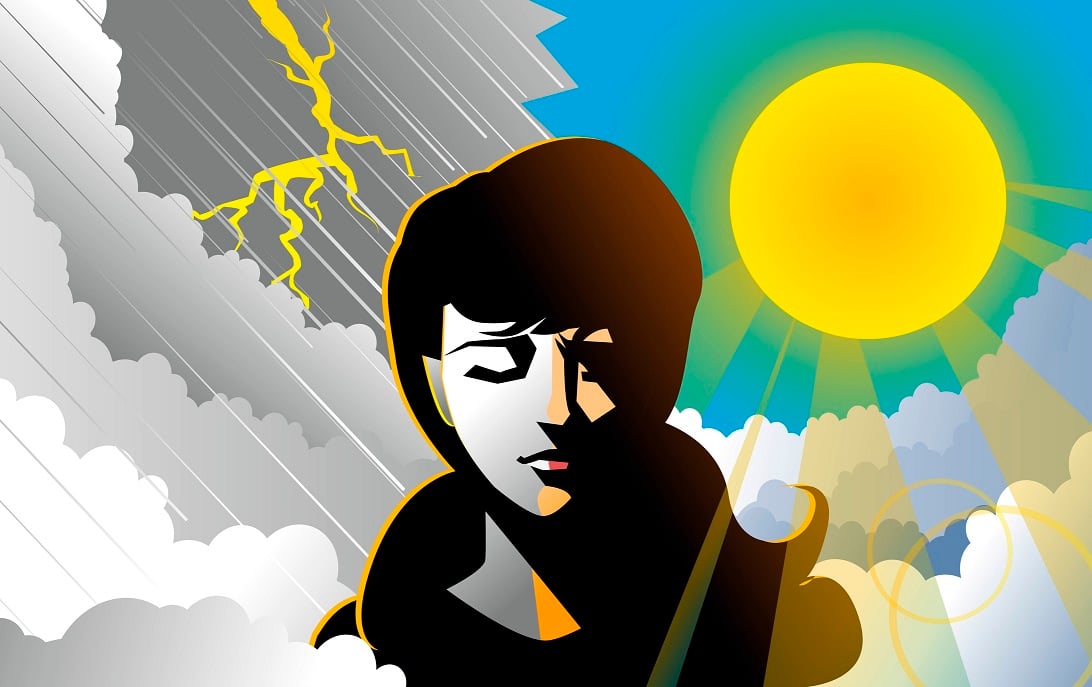 Although strides have been made to raise awareness and reduce stigma around mental illness, the issue remains shrouded in shame and secrecy.

Research clearly shows that millions of people across the globe are suffering from poor mental health.

And yet, health care providers and front-line community workers still lack training in how to identify and assist those in need.

And despite the prevalence of mental illness, there is a wide array of poisonous myths regarding the nature of mental health disorders—and the people who are afflicted by them.

Do you have questions about which mental illnesses are most common, their key characteristics, and treatment options?

If you work closely with the public, there is little doubt that you have encountered people suffering from one (or more) of the following 5 mental health issues.

This list isn't definitive, but it offers a good summary of attributes, statistics, and warning signs associated with these very common mental illnesses.

Depression is one of the most common mental health disorders on the planet.

According the World Health Organization (WHO), approximately 300 million people suffer from depression worldwide, and it's a leading cause of disability.

In the United States alone, 16 million people had at least one major depressive episode in the last year.

Depression impacts people of all ages and socioeconomic backgrounds—but adolescents are particularly vulnerable to this mood disorder.

In Canada, the CBC reports that youth aged 15-24 have the highest rates of depression of any other age group in the country.

Suicide is the second leading cause of death among this demographic, and the WHO reports similar trends on a global scale.

But it's not just young people who are impacted.

The Canadian Institute for Health Information estimates at least half of all seniors in long-term care suffer from depression (18% of whom have no documented diagnosis or treatment plan).

Depression is a global problem, made worse by stigma, lack of awareness, and limited access to health care services.

Common signs of depression include:

As a group, anxiety disorders are the most common of all mental illnesses.

In the US, a staggering 40 million people every year suffer from anxiety. And some experts suggest this number is even higher, as many people don't report their illness, or are misdiagnosed.

In Canada, anxiety impacts 5% of the population—with more than half (59%) admitting they've never gone to see a doctor about the problem (Canadian Mental Health Association).

All told, it is estimated that one third of the North American population experiences anxiety unwellness issues. This is considered one of the biggest mental health issues of our time.

Each type of anxiety disorder has its own unique symptoms and triggers. But in general, anxiety is characterized by:

Anxiety disorders often start in adolescence or young adulthood, and are paired with another mental health problem.

Anxiety is highly treatable, but due to a lack of mental health training , health care providers often miss key signs and symptoms.

Meanwhile, patients typically fear being labelled "weak" or "over-emotional" and avoid discussing their problems with anxiety.

Like so many mental health issues, stigma is a major barrier to treatment and recovery.

About 60 million people worldwide suffer from bipolar affective disorder. It is characterized by alternating episodes of depression and mania, separated by periods of normal mood.

Symptoms of manic episodes include:

Symptoms of depressive episodes include:

Despite the fact that this illness is highly treatable, an estimated 10% of people with bipolar disorder commit suicide every year.

People suffering from schizophrenia often have trouble differentiating between the real and unreal.

Symptoms tend to appear in the early 20s and 30s, and include:

There are a range of harmful myths surrounding schizophrenia. This illness is not the same as split personality or multiple personality.

Nor are sufferers always violent, homeless, or living in hospitals. Many people with schizophrenia live independently, with family, or in group homes.

Although there is no cure for schizophrenia, many patients do well with treatment.

The term concurrent disorder refers to the combination of addiction with another mental health issue.

A national survey on drug use and health in the US found that 50% of adults with addiction problems had a co-occuring mental illness. That's 10.2 million adults suffering from concurrent disorders.

The story is not so different in Canada, where 282,000 thousand people per year experience substance abuse and mental health issues concurrently.

Addiction is a very common mental health issue in its own right, and includes problems with gambling, drugs, and alcohol abuse.

However, addiction is often intertwined with other mental health issues, making diagnosis and treatment more complicated.

Some of the most common concurrent disorders include:

Typical challenges involved in diagnosing and treating concurrent disorders include:

Health Canada has identified a serious need for mental health training in this area, to better understand the nature of concurrent disorders, and how to treat them.

Do you work in a community-serving role and want to strengthen your mental health knowledge?

Click below for more information on the certificate, or to chat live with an advisor. We're here to help!