2D Animation Careers: Where Do Animators Get Hired? 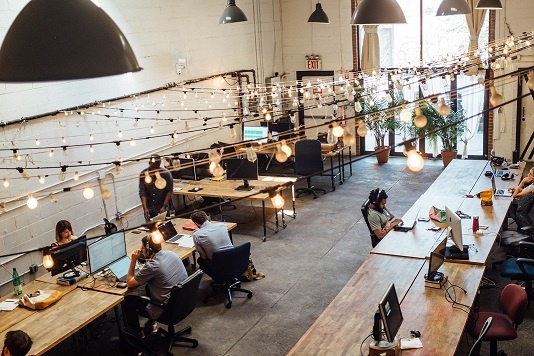 If you're considering a career in 2D animation, you're probably wondering about your job options after training.

Where can you get hired straight out of school?

Many people think 2D animators only work in film or television. But there are definitely other career paths you can pursue with quality training and a strong portfolio.

In this post, we'll walk you through 3 popular 2D animation careers, with a spotlight on Ottawa employers and job opportunities.

What kinds of opportunities are available for talented, ambitious 2D animators? Let's take a look.

We'll start with the most obvious career path. There is no doubt that Ottawa is a fantastic place to pursue a 2D animation career in film and television.

The Ottawa International Animation Festival is ranked the #1 film festival for animators in North America.

Mercury has produced some of the world's most popular 2D animated television shows, including Disney's "The Lion Guard" and "Tangled: The Series".

Toon Boom calls Ottawa the "next animation capital" of Canada—and the ideal place to build a stable career, with a lower cost of living than major centres like Toronto, Montreal, and Vancouver.

So what's it like to work in this industry?

Just starting out as a 2D animator for film and television, you can expect to work under an Animation Director, Key Animator, or Senior 2D Animator.

In many cases, you'll be following a brief and working with an established set of characters. But as you gain experience and skill, there will be opportunities to suggest storylines and design your own characters.

In an entry-level 2D animator role, your responsibilities will include:

As an entry-level 2D animator for film or television, you'll need to follow directions well and be open to criticism.

Let's say you don't land a job in TV or film straight out of 2D animation college, but still want a challenging job where you can use your skills and talent.

You might consider working for a website design firm or marketing agency. More than ever, animation and illustration are being used to create more beautiful, impactful, and unique websites.

Animation is also used for marketing videos, product demos, and to explain the value or function of a particular service.

Tons of companies use 2D animation to sell and promote their offerings, and capture the imagination of potential customers through story-telling.

There's potential for great creativity and technical precision in this kind of work. And the application of 2D animation in marketing is only expected to grow in the coming years.

If you pursue a career in video game 2D animation, your daily work will include tasks like:

Canada is the third largest video game producer in the world, and Ottawa is quickly becoming a major player in this industry.

There are about 23 video game companies in Ottawa, including well known studies like Breakfall and Snowed In.

In 2017, these two companies, along with 3 others, moved into a collective developer space to share resources and further grow the Ottawa gaming industry.

This new alliance is located in Hintonberg, and called the The Capital Game Hub.

There's no doubt that gaming is a very competitive industry, and breaking into a 2D animation career can be a challenge for recent grads. But there is definitely a thriving scene and solid opportunities in Ottawa for those with the right skills.

How to start your 2d animation career in ottawa

Many of our graduates get hired straight out of their internships.

Click below to explore the 2D Animation program in more detail, and chat live with an admissions advisor. We're here to help!