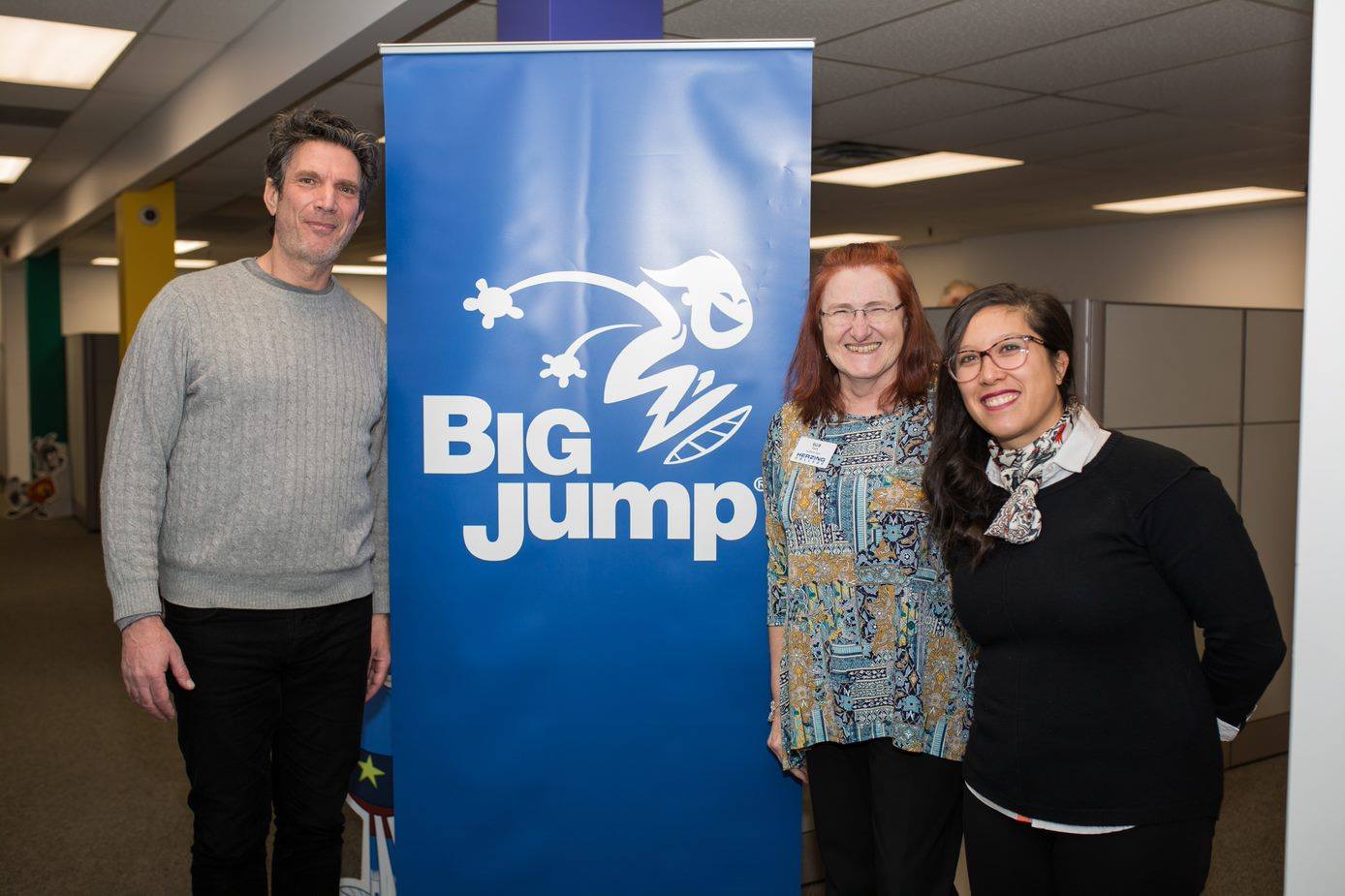 A lot of people dream of a career in 2D animation, working on major TV shows and movies at a top animation studio. But they figure the industry is too hard to break into. There’s too much competition for great studio jobs and they’ll never get hired after investing in training.

They feel pressured to choose another, less “risky” career path and give up on becoming an animator. Sound familiar?

We recently started a 2D Animation program at Herzing because the exact opposite is true. There is actually a major shortage of skilled 2D animators in Ottawa.

Leading studios are turning away work because they can’t find enough good candidates to hire.

Ottawa is exploding with animation job opportunities. How do we know this? Because leading companies are snatching up our students before they’ve even graduated!

How did this come about? We talked with Big Jump, one of the lucky program grads, and instructor Gabriel Choquette, to get the whole story.

Here’s what we found out.

Some Background on Big Jump Entertainment

Big Jump Entertainment is one of Ottawa’s leading animation studios. They specialize in all kinds of animated shows, from pre-school to primetime animation. Big Jump does shows like F is for Family, The Racoons, Camp WWE, and Trailor Park Boys: The Animated Series.

They work with HBO, Universal, Warner Bros, CBC, Netflix, Teletoon, and many others. Big Jump launched in 2008 and has been steadily expanding ever since.

In fact, the animation industry is growing fast all over Ottawa. The only problem is we're not turning out enough animators to keep up with demand. Studios are forced to turn down projects or send work overseas because skilled animators are so scarce.

Co-founder and EVP of Development, Cory Morrison, says Big Jump isn’t the only Ottawa studio suffering from a shortage of talent.

“There are several animation studios here in the capital, all starving for more talent. More talent means more work for everyone. Ottawa is a fantastic town with incredible nightlife, its own hockey franchise, amazing restaurants, and most importantly, it's affordable. Ottawa is the ideal place to start a career in 2D animation.”

In order to create a "pipeline" of new animators for their studio, Big Jump became an official industry partner of Herzing's 2D Animation program. This means Big Jump provides internships for Herzing students, gives them full access to their state-of-art studio, and mentors them throughout the program.

Essentially,Big Jump grooms and prepares our students for professional animator jobs at their own company. As students near the end of their training, Big Jump looks at who would be a good fit, and offers them a job.

It's hard to imagine a better deal for students looking to break into the industry. Basically, if you do well in this program, you have an excellent shot of getting hired straight out of school.

Cory Morrison explains how the partnership benefits both Herzing and Big Jump.

“We are thrilled with the opportunity to partner with Herzing College. They offer a world-class animation program with in-depth training on ToonBoom Harmony—the industry standard software program used predominantly for 2d pipeline animation.

We offer an internship at the studio during the last 4 months of class, allowing Big Jump to train the students in industry standard techniques, while providing them their first opportunity to cut their teeth animating on current in-house productions.”

The arrangement must be working well, because this year Big Jump hired Herzing’s entire graduating class. Megan Winters was one of those lucky students. She said getting hired by Big Jump was a dream come true.

“Big Jump is really great at giving new animators a chance. I'm so happy I'll get the chance to work there. I love the founders, Cory and Rick Morrison...I'm a total fan girl around these guys. I can't wait to get started!”

What positions did our grads get at Big Jump?

They may also assist in integrating the animations to develop compelling and consistent narrative sequences.

This is a very typical entry-level animation job. But depending on their strengths and interests, our graduates can go on to pursue roles in other areas, including:

It's important to note that Big Jump isn't guaranteeing our graduates jobs. You need to demonstrate skills in several key areas to be considered for hire after completing the program.

Knowing Toom Boom software is essential, but instructor Gabriel Choquette points out that companies like Big Jump are looking for the complete package.

“To be hired as an animator, you need strong drawing and acting skills, a good understanding of animation principles, the ability to work under pressure, and excellent organizational skills. And don’t forget discipline! You must work 40 hours a week, whether you’re in the mood to draw or not.”

Like many Ottawa animation companies, Big Jump is looking for people trained in Toon Boom Harmony software. Toon Boom is considered the gold standard for 2D animators, and an essential skill for breaking into the industry.

Herzing’s 2D Animation training is laser-focused on teaching Toon Boom. In fact, we created the program for the sole purpose of teaching this software. This is why Big Jump partnered with Herzing and agreed to mentor, help train, and even hire our graduates.

Plus, Herzing’s 2D Animation program is fast. Our students are trained and fully prepared for their first job in just 12 months. Gabriel Choquette says there’s no other program like it in Ottawa.

“What makes Herzing's program so unique and successful is our easy accessibility and fast-tracking. We get students up and running very quickly. Three quarters of the way into the program they have a strong foundation and are usually able to fly on their own. Combine that with our career development course, (portfolio, demo reel & resume) and 6 weeks of internship with Big Jump, and you have a winning process!"

Now that social distancing is a fact of life, and more people are staying at home, we’re seeing even higher demand for animated content.

During the Covid-19 pandemic, movie sets and live-action television productions are at a standstill. Actors and production crews can’t get together to film projects, so more companies are turning to animation.

“Because of Covid-19 restrictions, more and more live-action shows and movies will be making the switch to animation. Animators can work from home, so there is far less risk than traditional film and TV sets. Plus, with everyone spending more time indoors, we're seeing very high demand for streamed movies and TV shows. Netflix, Hulu, Disney+, Amazon Prime, YouTube, DC streaming—they all need content, so it's animators to the rescue!”

Herzing College Ottawa offers an accelerated, 12-month 2D Animation Program. Training includes a 6-week internship at Big Jump, with full access to their studio and the chance to work on shows currently in production.

If you want to learn more about the program, we recommend speaking with an Admissions Advisor. An Advisor can answer questions about courses, class schedules, tuition, financial aid, careers, and application requirements.

Chat live with an Advisor right now. Or click below to explore the program in more detail. Get your animation career started today!