2D vs. 3D Animation: Which Path is Right for You? 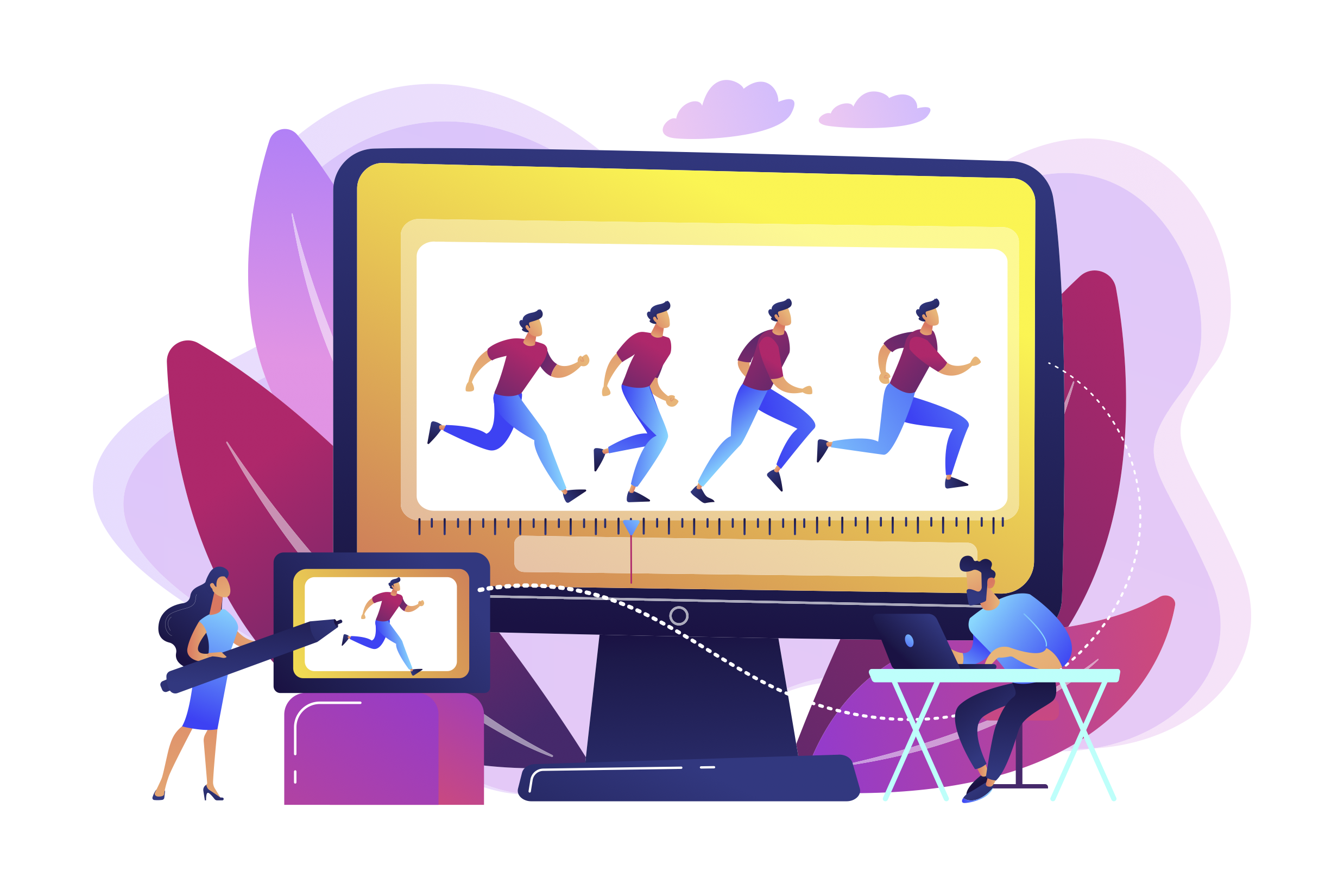 But if you’re interested in taking advantage of that wave and launching a career in this field, you may be wondering about the differences between 2D and 3D animation.

Obviously, 2D only deals with length and height, while 3D adds depth as well. But what’s involved in each type of animation? What is each used for, and what skills do they require?

In this post, we answer all of those questions and more.

Trying to decide between 2D vs. 3D animation? Here’s what you need to know.

WHAT’S THE DIFFERENCE BETWEEN 2D AND 3D ANIMATION?

Gabriel Choquette teaches the animation program at Herzing College. He summarizes the differences this way:

“2D exists on a flat surface like a sheet of paper inside the computer. It’s a combination of drawing and moving a digital puppet.

3D exists in a three-dimensional space inside the computer. Once the animation is done, you can move the camera around the character.”

Let’s dig into this a bit more.

☑️ 2D animation is created frame by frame (one second of time typically equals 24 frames). It’s traditionally drawn by hand, although much of the work is now done on computer.

A 2D animator produces a series of images, each with a subtle positional change. When the images are joined together in rapid sequence, they create the illusion of movement.

2D allows for more creative freedom. Because you control what a character or object looks like in every single frame, you can sometimes “cheat” and defy the rules to create a movement that works.

However, any time you want to change the angle of the shot, you have to create entirely new drawings.

☑️ 3D animation is more mechanical and is done entirely on computer. Objects and characters are created as 3D models and rigged, which means they have skeleton-like structures that can be controlled via software.

Once the models are created and rigged, the animator can essentially manipulate them as physical objects and pose them as desired.

In 3D, you don’t necessarily have to create each frame. You can use keyframes to set the position of a model at certain points and have the software interpolate the frames in between.

You can also change camera angles easily without having to redraw anything.

However, you are a bit more constrained in how you make a character move because you are really just rotating an object. You can’t arbitrarily break the laws of physics.

WHAT SKILLS DO YOU NEED FOR 2D VS. 3D ANIMATION?

Gabriel says there are certain fundamentals that apply to both fields.

“No matter what type of animation you do, you must learn and master the 12 principles of animation. As the saying goes, ‘Same rules, different tools.’”

Outlined by Disney animators Ollie Johnston and Frank Thomas in a 1981 book, the 12 principles of animation are the foundation of all motion-based media.

Anticipation—Preparing the audience for an action, like raising a character’s arm before he tosses a ball

Arc—Following the natural arched trajectory of a motion, such as a ball that’s thrown from one person to another

Secondary action—Adding complementary motions that enhance the main action, like one character scratching his head while he talks to someone

Appeal—Creating characters that engage the audience

DO YOU HAVE TO BE ABLE TO DRAW?

2D animation involves a lot of drawing. As Gabriel points out, that’s not the case in 3D, although the ability to draw is certainly an asset.

WHAT ARE SALARIES LIKE IN 2D VS. 3D ANIMATION?

Earnings are roughly the same in both types of animation.

WHICH IS MORE POPULAR: 2D OR 3D ANIMATION?

Gabriel says 2D tends to be used for the small screen while 3D dominates feature films, but that isn’t always the case.

WANT TO GET STARTED WITH ANIMATION TRAINING?

Herzing College’s 2D animation program was specifically designed to give you the knowledge and skills sought by Ottawa studios.

In just 12 months, you’ll get comprehensive training in animation techniques and software, build your demo reel, and complete a six-week internship with Big Jump Entertainment.

Click below to get more details on the 2D animation program and chat live with an admissions advisor who can answer all your questions.