What Does a Programmer Analyst Do? Role, Jobs & Salary in Quebec 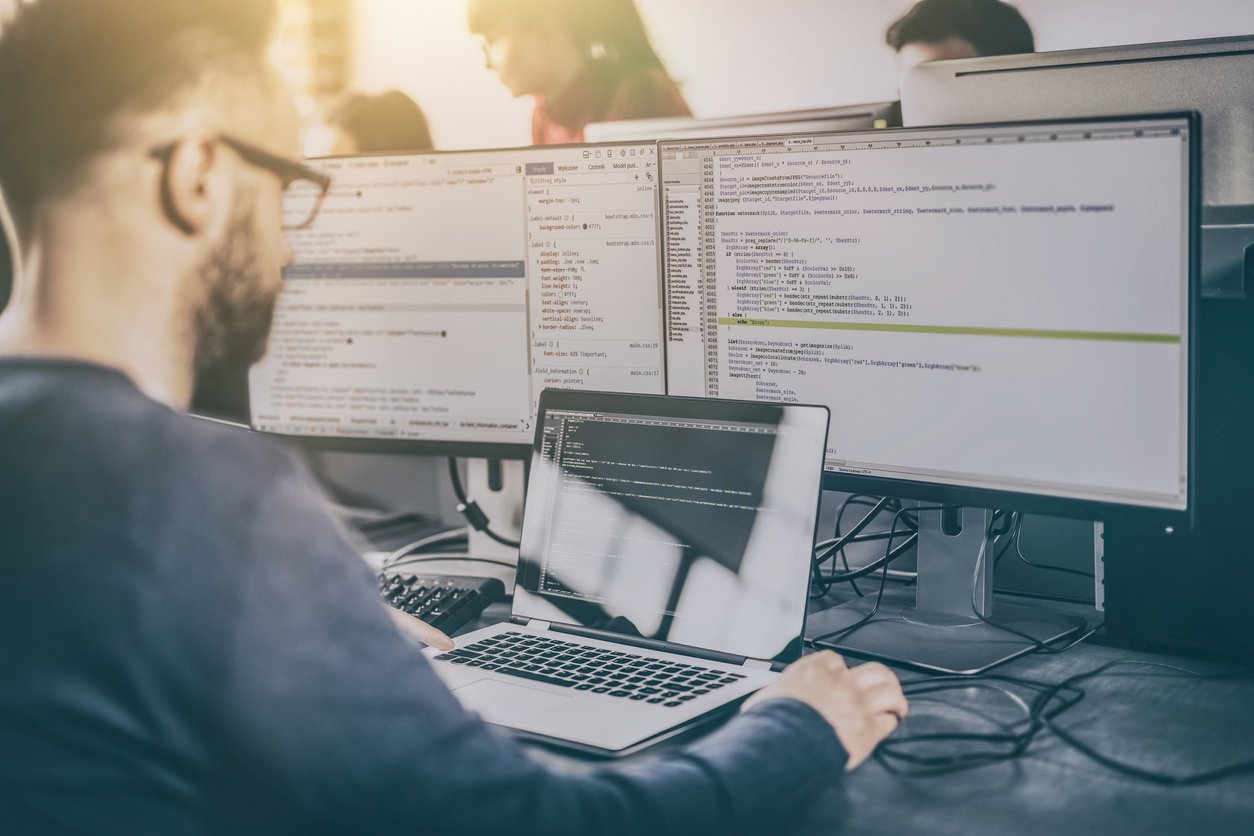 What exactly is a programmer analyst? In the IT industry, job titles change just as quickly as technology develops. There's often confusion about who does what—and where responsibilities overlap.

Such is the case with "programmer analyst." Part software developer, part systems analyst, part IT support specialist: this role encompasses a broad skillset.

But it all boils down to this: programmers figure out what kinds of systems and applications a company needs, and then develop or customize solutions to meet those needs.

Here's where things can get confusing. You will see job postings and training programs refer to this role by several other names, including:

A skilled programmer analyst can qualify for all these roles. With the right training, they can be full-stack software developers, database programmers, testers/debuggers, and more.

So, let's take a closer look at what a programmer analyst actually does. In this post, we're breaking down:

By the end of the post, you'll have a clearer idea if becoming a programmer analyst is right for you, and how to get started.


Role and Responsibilities of a Programmer Analyst

Programmers can work on video games, websites, mobile applications, databases, and computer systems. Daily responsibilities will vary depending on where you work and what the company needs.

However, the core role and responsibilities of a programmer analyst are always the same: They analyze the existing system and find ways to optimize it.

In simple terms, the goal of a programmer is to improve the functionality and efficiency of their company's systems and products. They achieve this goal by:

☑️ Working with the IT team to review problems, define and test solutions

Everyone works together to produce a successful product that satisfies the end user and helps the company reach its goals.

Each company will have slightly different skill requirements, depending on the systems they use and the products they make.

However, there is a baseline skillset all programmer analysts must learn to break into this field. These requirements often include:

Many employers also list a range of soft skills, which they consider essential for success in this role. These include traits like collaboration, teamwork, problem-solving, excellent communication, and bilingualism.

The Government of Canada Job Bank surveyed hundreds of programmer analysts and employers across Quebec. Here's what they say you need to succeed in this field:

Employers are looking for bilingual candidates with the ability to collaborate and work in a team, an excellent capacity for analysis and synthesis, rigour and attention to detail, as well as a well-developed capacity to adapt, work under pressure and stay up to date."

Are Programmer Analysts in Demand?

The short answer is yes! There has been consistent demand for programmer analysts in Quebec for years.

In fact, demand is so high, the Job Bank is forecasting a labour shortage in this field throughout Canada over the next 10 years.

Meanwhile, Randstad just named Programmer the best tech job in Canada in 2020. So, what's driving all the demand?

Canada has been suffering from an IT 'skills gap' for quite some time. As our reliance on computer systems continues to increase, and those systems grow more complex, we're seeing companies struggle to fill programmer analyst positions.

The result? More employment opportunities and better pay for programmer analysts with the right skillset.

Plus, many programmer jobs do not require a university degree. More on training next.

Programmer Analyst Training: How Long does it take?

It's possible to complete a programmer analyst training program in under 2 years. Several private and public colleges in Quebec offer this course.

Students learn a solid foundation in programming, including Java, .NET, SQL Server, JavaScript, PHP, and how to debug and improve existing programs.

The most important part of the program is the internship. Students get a full 15-weeks of real work experience, doing programming at a local company.

Recent Herzing graduate, Chao Zhang, was hired straight out of his internship as a full stack software developer at Jesta, a global software company based in Montreal.

"I was given several different projects to work on during my internship. Most of my work involved optimizing logics, data exchange, adding new features, and bug fixing.

Now I'm a full-stack software developer with Jesta. I work on creating and designing the user interface, developing and maintaining the backend logic and the database."

Interested in learning more about Herzing's Programmer Analyst training program? Your next step is to speak with Admissions.

An Advisor can explain tuition costs, financial aid options, start-dates, how to apply, and career options.

Or, click below to explore this program and career in more detail. We're here to help!