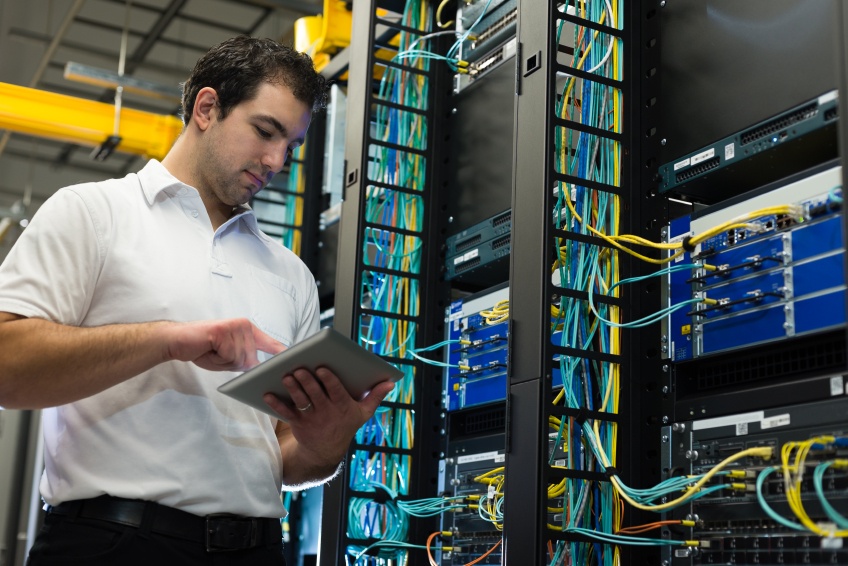 As a freshly hired computer network administrator or technician, your top goal is to ensure the network you’re responsible for is secure, optimized, and free from disruptions.

For businesses, a well-oiled network means improved productivity, increased profit, and more satisfied customers. And with so many daily processes and transactions relying heavily on high-performing networks, talented administrators are in very high demand.

The only downside is that computer networks tend to be temperamental. There are so many variables to account for—including users, new security threats, evolving technology, and challenging integrations.

What kind of issues will you be up against at your first job after college? Here’s a look at five of the most common computer networking problems you’ll be dealing with (and crushing!) on a regular basis.

This is by no means a complete list...but it’ll give you a good preview of life on the job as a networking professional.

1. A Workstation that Can’t Connect to the Internet

You get a call about a single workstation that’s displaying a “no internet” message. The rest of the network appears to be functioning normally, so you’ll need to zero in on any hardware or software issues.

Comprehensive hardware and software training is part of any quality computer networking program—so you’ll know exactly how to troubleshoot this challenge.

You will start by eliminating common culprits, such as:

You will also need to examine any firewall software, and ensure the workstation’s network adapter is properly configured.  You’ll find your answer in one of these steps.

This is another very common networking issue, often occurring on Local Area Networks (LANs). In this scenario, two devices have ended up with the same IP address. However, in order to connect to the Internet, each device requires its own unique identifier.

How did this happen? You may have assigned a static IP address to the device. Then, you installed a DHCP server, and duplicate IP address conflicts occurred between the network device and a DHCP client computer.

Microsoft has a pretty simple fix for this issue:

You’ll learn how to implement, manage, and maintain Dynamic Host Configuration Protocol—DHCP—during computer networking training. So, you’ll be ready to tackle any duplicate IP address errors that come your way at your first job.

Nobody has patience for a sluggish internet connection. This is definitely one of the more annoying (and complained about) networking issues. Slow internet means slow productivity. You’ll need to get to the bottom of this one fast.

The most likely source of the problem? There’s a good chance it’s network congestion or deteriorating connections. It’s also possible that an overloaded port on a switcher or router is diminishing your network performance.

At the end of the day, you may need to recommend a more expensive local DSL operator or leased line, for improved performance.

“My printer says it’s connected to the printer...so why won’t it print my document!?”

Network technicians hear this one a lot. It’s a very common networking issue in offices pretty much everywhere. So, why won’t that printer respond to the user’s commands?

There are a few common culprits for unresponsive printers. You’ll learn about these in computer networking college, when you study peripherals and their typical performance problems.

These are the first troubleshooting steps you’ll take:

It’s very likely that one of these issues is the source of your printer problem.

A network outage is enemy #1 for network administrators. When the network goes down, everything grinds to a halt. And that’s bad for business, users, clients, and your employer’s bottom line.

You’ll need to troubleshoot the source of the issue quickly and get the network back up and running. What are some of the most common causes of network downtime?

The IT experts at Comtact boil it down to four main culprits:

Many of these threats can be prevented (or at least minimized) by implementing effective network administration protocols and practices. Good training, and a commitment to continued learning and skill-building, helps administrators evolve their networks along with changing technology and user needs.

Fascinated by the evolving world of networking technology? Have a natural talent for understanding IT systems and troubleshooting problems? You could be a good fit for a career in network administration.

Click below to explore the program, see a course list, learn about admissions—or chat live with a friendly advisor. We're here to help!